The first thing I did this week was set up camera controls. I made it so that by using WASD, the player could move the camera around the map, and cannot move the camera outside the bounds of the map.

My next step was to add bubbles above the unit that contain that unit’s name. As I’ve Done something similar before, I looked back on that for insperation. 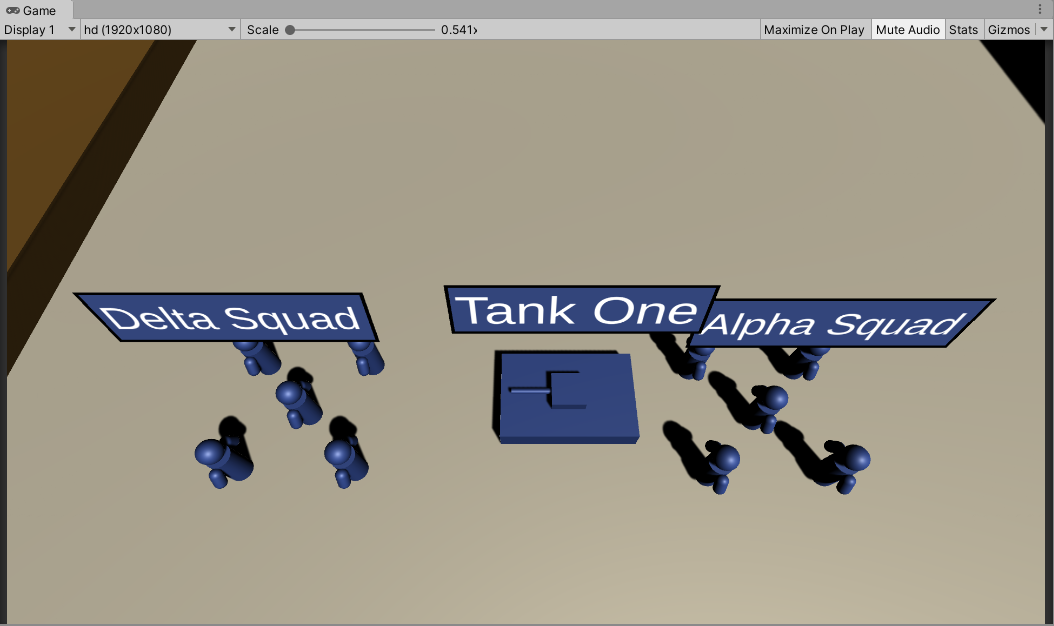 I then began to think on if I should have the backgound of the bubble be the health bar for the unit. However, I am still unsure of this.

Next, I added a new intent to my wit.ai project for attack, and began training it on sample utterances (both as text and voice). Additionally I began to create the attack scripts. However, in the space of a day their voice to text seems to have went to complete sh-t and I was becoming very flustrated with the project.